With the stop start nature of this year, I thought it would be worth highlighting a selection of our best selling new releases for this year while there’s still time to order for Christmas, so here goes

This has to be my first pick, and is a bit of a cheat as there are now five books in the series and number six coming soon.  Classic crime novels set in the familiar Broadland landscape, real page turners and definitely our hit of the year.  These books were first released as eBooks only, but this year David has had them printed and Bittern Books has been distributing.  We’ve already sold hundreds of copies and Broadland has been featured on the Radio Norfolk Bookclub.

Spirals of Fate by Tim Holden

Spirals of Fate is a fictional account based on the true story of Robert Kett and the Norfolk rebellion of 1549.  This is Tim Holden’s first novel and brings to life the extraordinary events of the march from Wymondham to Norwich, the camp on Mousehold Heath and the battles with the King’s army.

Water, Mills and Marshes is a wonderful collection of over 100 stories recorded by the WISEArchive group and now compiled into book form.  Each story is based on an interview with individuals who have lived and worked in and around the Broads over the last century.  It is a fascinating read and creates a real insight into how things were and how they are now.  Highly recommended and great value at just £15.

101 Ways to Celebrate the Lesser Known History of Norfolk

David Stannard has found 101 highly unusual and quirky things to do and places to go in Norfolk, most of which you have probably never heard of.  This is not just a guide book for visitors – even if you’ve lived in Norfolk all your life 101 Ways will show you new places to explore.

Right Away: The Railways of East Anglia

Right Away is not just for railway enthusiasts (although I’m sure they will enjoy it) – it tells the story of the growth of railways in the region and the effect they have had on the people and development within the counties.  Douglas Bourn has railways in his blood – his father and grandfather spent their lives working on the railways – and shares his passion in this fascinating book.

We have several other new railway books on our list – take a look at: 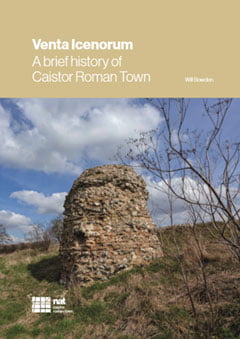 Just south of Norwich, close to where the A47 now crosses the A140, there was once a major Roman town, long before Norwich even existed.  Venta Icenorum, is a completely new edition of the guide by Will Bowden, Professor of Roman Archaeology at Nottingham University and one of the lead archaeologists on the site.  It includes many diagrams and maps as well as photographs of artefacts and an easy to read description of the life and activities that took place in this town.

Under The Griffin’s Wing – the life of Fred Cobb 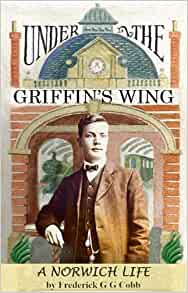 Fred Cobb was born in Norwich in 1896 and lived most of his life in Thorpe until his death in 1977.  In his later years he wrote articles for the EDP and, largely for the benefit of his family, typed up the story of his life.  The manuscript recently came to light and his nephew (also now in his 90s) and other members of Fred’s family transcribed it onto computer and created Under the Griffin’s Wing.  It tells the story of his life in the Norfolk Regiment during the first world war and then working as a railway clerk.  Good reading with lots of historical and social interest.

The Photographs of William Rayson Smith, Volumes I and II

William Rayson Smith spent much of the late 1880s photographing what he saw around him in his home of Harleston, on visits to his father in Lowestoft and all around Norfolk and Suffolk. The result is a special collection of distinctive photographs from the era.

Volume I covers the area around Harleston in particular and includes images from as far afield as Newmarket, Woodbridge, Sheringham, Great Yarmouth and Lowestoft, as well as his early work in Canada.  Volume II provides around 60 photographs taken while visiting his retired father in Lowestoft with a detailed commentary by renowned local historian David Butcher. 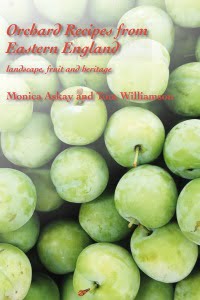 Orchard Recipes from Eastern England not only looks at the history of orchards in eastern England, and of the fruit grown within them, but is also a recipe book, providing examples of how different kinds of fruit typical of the eastern counties can be used and eaten. The authors present a mixture of historic recipes, long-established ‘traditional’ recipes, and also new ones specially devised to make the best use of the fruit most closely associated with the old counties of Hertfordshire, Bedfordshire, Essex, Norfolk, Suffolk and Cambridgeshire.

Of course there are many others, and plenty of old favourites that keep on selling.  Visit our website to see our full range and order now for Christmas!