We don’t particularly go in for Black Friday deals at Bittern Books, but we have been able to negotiate a number of price reductions with publishers for some excellent books and now is as good a time to announce them as any.  Note that some of these have limited availability, and once current stocks are exhausted we may not be able to get more.  Usual trade discounts apply for qualifying customers.

These three books by Robert Malster probably form the most comprehensive maritime history of the East Anglian coast.  Maritime Norfolk Part 1 covers the North Norfolk coast from the Wash to Caister and also includes the Broadland rivers.  Maritime Norfolk Part 2 is entirely dedicated to the history of the port of Yarmouth and its surrounding area.  Maritime Suffolk of course covers the Suffolk coast and rivers, including Ipswich of course.  Each book is a large A4 format paperback with between 250 and 300 pages, including many colour and black and white photographs.  Anyone with an interest in maritime history in East Anglia should have these on their shelves. 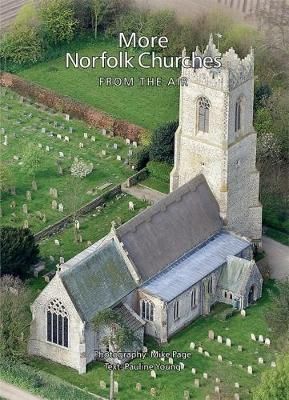 These two books are from Mike Page, the master of aerial photography, with text by Pauline Young and published by Poppyland provide unique views of much loved churches and country houses of Norfolk.  Both are reduced to £5.99 from their original prices of £12.95 and £11.95. 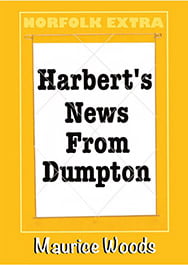 Some good Norfolk humour can be found in these two books.

Maurice Woods was one of the most distinguished journalists of his era, becoming the London editor of the Eastern Daily Press and was awarded the European Prize for Journalism. Yet, once a week Maurice Woods, a man on first-name terms with prime ministers, would set aside the politics of Westminster and Brussels, and return to his local roots. He became the voice of Harbert, rural correspondent for the Norwich Mercury Weekly, and file his report from Dumpton – a village somewhere in Norfolk, written in vibrant dialect. Harbert’s News From Dumpton, a selection of 66 episodes from the hundreds he wrote over that time, celebrates the other talent of a gifted newspaperman

Chronicles From The Edge is a selection of articles delivered from Keith Skipper’s regular Eastern Daily Press despatch box since the mid 1980s. He admits to being a man with a reputation for welcoming progress as long as it doesn’t change anything. However, this collection also celebrates some of Norfolk’s gloriously durable qualities, not least those displayed by colourful and life-enhancing characters he has met along the way and the trend-resistant corners where they continue to flourish.

The Lost Key and Songs of the Trees 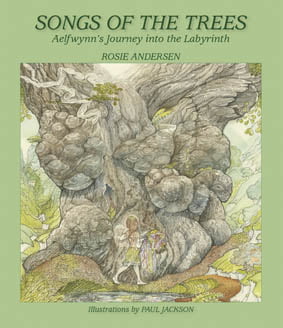 We have a limited quantity of these beautiful hardback books by Rosie Andersen, illustrated by Paul Jackson, now reduced to £9.99

Songs of the Trees is written as a fable for all ages. Aelfwynn represents the many aspects of ourselves, from the courageous to the fearful; the resilient to the fragile. One moment she is confident, the next unsure.   Aelfwynn’s journey is a vehicle through which to explore feelings and thoughts; to learn from the trees; to walk the labyrinth in their imagination

The Lost Key is a tale of adventure and fortitude set in Anglo-Saxon Suffolk.  Elswyth, a young girl from the village, blessed with extraordinary wisdom for her years, befriends Leof.  For a while, all is well and Leof experiences true happiness.  But his demons are never far away, and when young Elswyth can no longer provide what Leof needs to feel good about himself he tires of her and she is discarded.  But there is hope!  If Leof, through going on a quest can meet and overcome his devils within, perhaps he can transform into the kind person that Elswyth believes him to be before it is too late.

For other books selling at reduced prices, see the Sale Page on our website.