Norwich Archaeology of a Fine City

Only 3 left in stock

Only 3 left in stock

Originally published in 1994, this revised and updated book draws on archaeological research to present a history of the development of Norwich.

The city of Norwich is dominated by its Norman castle, its cathedral and large flint city walls, parts of which are still visible today. It is, and was, a ‘Fine City’ indeed, with a reputation as the largest walled town in England during the Middle Ages, a rich provincial city with many well preserved medieval buildings and, reputedly, a pub for every day of the year!
Originally published in 1994, this revised and updated book draws on archaeological research to present a history of the development of Norwich from its pre-urban days, through the fundamental changes brought by the Normans, the thriving medieval urban and commercial centre, through the darker days of the Black Death and Reformation and on to post-medieval industrialisation, war damage and post war development.
Brian Ayers is a Research Fellow and Honorary Senior Lecturer at 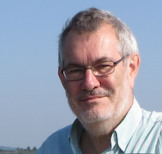 UEA. He was Assistant Head of Museums & County Archaeologist for Norfolk until 2008. Thereafter he became the Chief Executive of the Butrint Foundation until the end of 2011 (for which organisation he continues as a consultant) and which works to secure preservation of the World Heritage Site of Butrint in Albania. He is a Fellow of the Society of Antiquaries of London and of the Royal Society of Arts and is also a Member of the Chartered Institute for Archaeologists. His research interests are the origins and development of medieval towns and their constituent elements (including churches) within the broad North Sea region. He has published numerous papers, principally concerning urban archaeology in general and Norwich in particular.