The story of Robert Kett and the tumultuous events of 1549.  Shortlisted for the fiction section of the East Anglian Book Awards 2020!

Tim Holden’s new telling of the Robert Kett story is riveting and captures both the hardships of daily life and the political realities of Tudor England.   The characters are brought to life, adding a fictional interpretation to the historical events that took place around Wymondham and Norwich in 1549.

Two years after the death of King Henry VIII, England is a turbulent realm. His son, Edward, the child monarch is too young to rule, and the government is factious. The nobility jostle for personal power and prestige. The treasury is empty and the elite of wealthy landowners are bent on exploiting the poor.

When a yeoman farmer from Norfolk, Robert Kett, finds himself at the centre of a local dispute, his impulsive actions plunge him into a precarious alliance with the dissenting commoners.  To prevail, Kett must bring order to the chaos, impose his own justice, overcome the deception and betrayal that surrounds him and stay true to his cause. As events spiral and disobedience sparks rebellion, can his leadership withstand the dangers and opportunities of a country struggling to leave its past and discover its future?

Video introduction from the author

Spirals of Fate was shortlisted for the Fiction Award in the 2020 East Anglian Book Awards.
Amy Waller, who judged the category, said of Spirals of Fate, “This was a great read – living in Wymondham myself and knowing that the area is genuinely steeped in history it was really captivating being able to see in my mind’s eye places and areas that were being described in the story. This truly is a story of rich vs poor and it was written with very high literary merit. I am drawn to this book not only as it is set locally in East Anglia and embodies the local culture and history of the area, but is also written about a genuine local hero, it is the kind of story that you can get lost in which is a sure sign of a good read! The characters are believable, easy to visualise and identify with, thanks to the wonderful way in which the story is written.“

Tim Holden was born in 1979, in Norfolk, where he still lives with his wife and son. When he was fourteen his history teacher, for reasons known only to him, said he thought Tim had a book in him one day. His words stuck. Many years later, he turned out to be right.

Tim is also the CEO of his family firm, Holden Group. Based in Norwich and trading since 1928, the company operates automotive franchises representing some well-known car brands. He credits the business with teaching him lots, especially the difficulties of managing and leading people, much of which has informed his storytelling.

Tim started writing industry pieces for the local newspaper, then articles for the Norfolk Institute of Directors magazine. Encouraged by his feedback, Tim decided it was time to scratch the long-held itch, and try his hand at fiction.

After various writing courses, tutoring and fiction workshops, several aborted attempts at novels, Tim discovered Robert Kett and his infamous rebellion. Astounded that such significant history was not more widely known in his locale, he knew this was the story he wanted to tell. Several years later, Spirals of Fate was published.

“I hope to bring this story to a wider public consciousness. I believe when you know the history of a place, the experience of walking in the footsteps of real people and real events, seems to bring a place to life. Every time I walk through any of the places featured in Spirals of Fate, I spare a thought for Kett and his followers.”

Nick the Geek
5.0 out of 5 stars An absolutely brilliant new talent!

Reviewed in the United Kingdom on 12 January 2020. Verified Purchase

I found myself totally engrossed in this novel about the uprising against the gentry, in Tudor East Anglia. What a fascinating and amazing story- I had heard of Robert Kett, and even walked my dog in Kett’s Park in Wymondham, but had no idea of the scale of this event in history.
I found Tim Holden’s writing very engaging: he really brought the characters to life, and had researched the story so well; honestly, I would definitely put it up there with Cornwell, etc.
Highly recommended!
Rosie Lee
5.0 out of 5 stars A brilliant read

Reviewed in the United Kingdom on 18 January 2020. Verified Purchase

The only thing I can say is this is the best book I’ve read this year so far well done Tim looking forward to reading many more of your books
Papalaz55
5.0 out of 5 stars A brilliant new talent!

Reviewed in the United Kingdom on 28 December 2019 Verified Purchase

This is a great story about a significant historical event that I’d previously not know anything about. Fantastic characters, brilliant narrative and I learnt something in the process.  A debut novel by an author I’m looking forward to reading more from. Very well written and I thoroughly enjoyed it!

Reviewed in the United Kingdom on 5 March 2020 Verified Purchase

As a Naarwich boy with a keen interest in local history , I found this book extremely interesting. Tims take on the unknowable thoughts and emotions of the characters always rang true. The personalities he has woven into the fabric of a major historical event really bring the tale to life. I would highly recommend this book.

Be the first to review “Spirals of Fate” Cancel reply 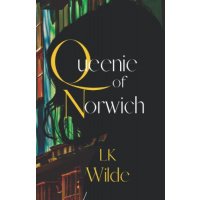 Queenie of Norwich
£8.99
Add to basket 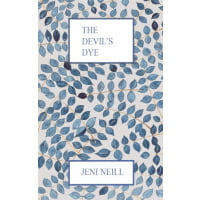 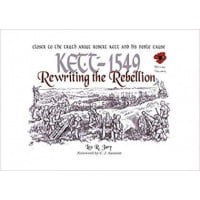 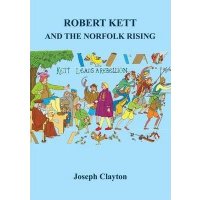 Robert Kett and the Norfolk Rising
£9.95
Add to basket