When War Came To Wymondham

What the townspeople of Wymondham experienced, said and did, 1939-45.

When War Came To Wymondham

When War came to Wymondham 1939-45 enables us to look back to the lives of ordinary people in the small town of Wymondham during the Second World War. The influx of evacuees, of those that were bombed out of their homes in Norwich, the land girls who came to maintain the food supply, and most of all, American servicemen, whether it be airmen of the 389th and 452nd Bomb Groups or those at the American Army Hospital (now Wymondham College) who put pressure on this Norfolk community. How the town coped is told through first hand accounts and interviews with residents who lived through those momentous years.

In the 1930s Wymondham was self contained and self sufficient – a shopper’s paradise. Just over 5,000 people enjoyed a quiet life, the majority employed at the two brush works, in agriculture, on the railway or in local shops and businesses. When war came it brought with it many new faces – evacuees, construction workers, refugees, members of the armed forces and American servicemen. There were many adjustments to be made. This book documents the townspeople’s experiences, words and actions as well as those of their wartime visitors.

The Urban District Council led by Edwin Gooch its chairman, later to become Labour MP for North Norfolk, had to take control and put into practice government policies for the defence of the town. Such measures needed large numbers of volunteers to help. This book is a tribute to those volunteers, in whatever role they served – such as Air Raid Precaution Wardens, Home Guard, Firefighters, Fire-watchers, Land Girls or in the Women’s Voluntary Service, Women’s Institute, the Church Army
or the Red Cross and St John. 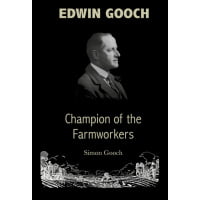 Edwin Gooch: Champion of the Farmworkers
£9.95
Add to basket 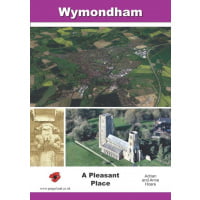 The Inns and Taverns of Great Yarmouth and Gorleston

A History of Norfolk in 100 Objects

A Song of Their Own: The fight for womens votes in Ipswich