Great News!  The fourth title in David Blake’s Broadland DI Tanner crime series is now available in print.  Three Rivers opens with a day of dinghy sailing on Barton Broad when DS Jenny Evens helps to rescue a capsized dinghy and finds the mast has snagged on a body.  More murders follow and DI John Tanner has a race against time to prove that the most obvious suspect is not who everyone seems to think it is. 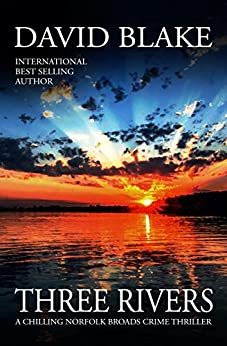 As with all David’s books, Three Rivers is packed with local references and if you live or holiday on the Broads, you feel like it’s happening all around you.  The first three titles: Broadland, St Benets and Moorings were launched in print earlier this year and have been selling fast – Broadland was the number one best selling local book at Jarrolds in early August and all of the titles have sold many thousands as eBooks before their launch in print.

And following rapidly on the heels of Three Rivers, the fifth and latest title in the series, Horsey Mere, is expected in print in early September. I was amused to see that Amazon had classified this as a “Cozy animal mystery” – I’m not sure what makes it ‘cozy’ but it’s definitely not about horses! 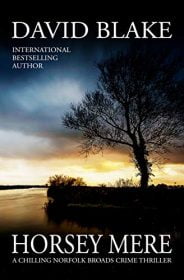