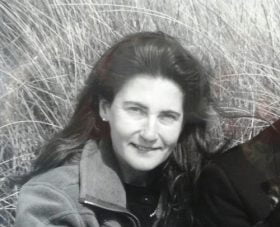 Living on the easternmost edge of Britain, Juliet Blaxland started to write a journal about life on the edge with the likely prospect of her house falling into the sea as coastal erosion took away the land separating it from the cliff edge.  The Easternmost House describes a year in the life in and around this remote coastal part of Suffolk between Southwold and Lowestoft.  The book was published in 2018 and went on to gain national attention and several awards, including The Times Nature Book of the Year 2019.  Her writing is beautiful and compulsive.  It describes all manner of things, from the local people to the wildlife, from the experience of going to sea to how the community cleared the beach of timber that had come off a passing ship.

Juliet Blaxland’s new book, The Easternmost Sky, picks up the story.  Her old house has now been demolished and she has moved to another house nearby.  In this book, Juliet looks in more detail at how change has affected the landscape and people of Suffolk, and particularly how the climate crisis and social change will affect it in the future.  She discusses diverse topics such as vegan diets, rewilding, hunting and, of course, coastal erosion all in her own unique and very readable style.

At Bittern Books we are delighted to add these two books to our range, which we now have in stock and ready for shipping – still time to order for Christmas.

WE ARE CLOSED - The head Bittern has gone ski-ing until Monday 6th Feb! Any orders placed now will be shipped on our return. Dismiss